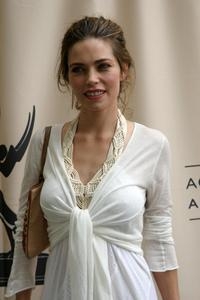 JT, Victoria and Reed: The Beginning.

In “The Young And The Restless” history, November 2007, Victoria Newman gave birth to Reed Hellstrom…

Reed just returned to Genoa City for his grandparents wedding, but there was a lot of worry surrounding Victoria’s pregnancy and his birth years ago. Victoria and JT Hellstrom’s history started way before they fell in love. The two had a one-night stand while JT was with Mackenzie Browning and Victoria was engaged to Brad Carlton.

A year after Brad and Victoria were married, she hired JT to spy on Brad. Victoria was pregnant with Brad’s child and suspected something was going on with her husband. JT revealed Brad’s affair with Sharon Newman, which caused Victoria to miscarry and file for a divorce. Victoria and JT grew close and began an affair. When Victoria found out she was pregnant again, she moved in with JT. However, a question of paternity arose when Victoria admitted that she’d slept with Brad after her previous miscarriage – and JT shortly after that.

Victoria spent months in a coma after the Clear Springs underground parking structure and casino collapsed. When a decision had to be made in regards to saving Victoria’s unborn child or Victoria herself, Victor and JT opted to have the baby delivered prematurely in order to save Victoria. Nikki knew Victoria would want her baby saved and took the matter to court. Everyone agreed to wait a few more weeks. Once Reed was delivered, Victoria remained in a coma and a DNA test proved that JT was Reed’s father.

Victor had Victoria moved to the ranch. It wasn’t long after Reed was released from the hospital when Victoria awoke from the coma. JT and Victoria married in 2008 but divorced in 2010.

Check out our Flashback in B&B History: Taylor and Rick and read Soaps.com’s Dallas Spoilers for details on Audrey Landers’ return.