How could I have done that?
Finally some remorse from Fenmore, but I couldn’t help but wonder why he seemed to feel nothing when he first heard Jamie had almost died/tried suicide. I hope he makes it up to Jamie like he said. In fact, I think Ronan and Jamie should move back to Genoa City to make sure it happens!

Home.
Phyllis and Jack. Bah. The only good thing about this reunion is that it won’t last long. Neither of them is in it for the right reasons, and Jack shouldn’t be in it at all so early in his recovery.

Just friends.
Neanderthal Nick reared his ugly head numerous times this week, and one instance was over Summer and Kyle hanging out. Of course this got some speculating about Summer’s paternity again – who knows if that’s where they’re going with this, but there’s no spark between these two. I can understand Summer crushing on him, but can’t see Kyle going there. By the way, why did they have him constantly flirting with Phyllis and then suddenly stop? Weird dropped plot point…

You little thief.
I’m all for seeing way more of Katherine and Jill, but the Adriana stuff felt a tad predictable this week. Oh, and Kevin and Katherine are incredibly close and he respects her immensely – let’s hope the writers remember this before they put in any more scenes with him talking about casing the Chancellor Estate. Even if he plans to steal something and pin it on Adriana, still just ugh…

District Attorney.
Seriously, Christine leading the charge for justice in Genoa City sounds beyond annoying. Paul will have his hands full trying to keep her in check.

Newman gathering.
It looks like the Newmans have settled down a bit following the news of Nikki’s illness. Everyone – even Billy Boy and Adriana (the cheek!) – gathered for the reveal of the bright new ranch, and Victor even swapped favors with Nick, who was forced to turn to Victor to protect Avery. Victor’s been oddly laid back about the fight for Newman lately – focusing instead on Wheeler and Nikki – he knows it’s in good hands with Adam at the helm. I’m wondering if Victoria will find out Sharon burned down the ranch and use that to get Adam and Sharon out of the company.

Find out who may be returning for General Hospital's 50th Anniversary.

“Y&R” posted another solid week – plenty going on to keep viewers happy – or at least caught up in the drama – and passion in the afternoon to boot!

Slimebag father.
It’s becoming pretty clear to me that Wheeler’s worried about a whole lot more in relation to Avery’s case than voter appreciation – methinks he’s the real killer. If this all comes out in the wash, presumably Leslie/Valerie and Tyler/Davis will have to deal with their very ticked off slimebag father, who went to jail based on her testimony. As foreshadowed, this could spell danger for those close to them. Perhaps they should get to know Dylan, the town’s new superhero – he’d be handy to have around.

SuperMac.
Okay, can Dylan please do something wrong/human soon? This reeks of when they brought back Yolanda as ‘SuperHarmony’ – just not realistic. That said, he sure looks good, and Faith’s crush on him is completely adorable.

Sibling rivalry.
So funny to see them arguing about both being cheaters! I saw Phyllis’ point – Avery didn’t exactly commiserate and swap stories after Phyllis got with Ronan; she was pretty content to maintain her close to perfect reputation. I wonder if Avery will be able to sit back and watch something develop between Dylan and Sharon without wanting another crack at him first…

Job hunting.
Sorry, Mason, you had a job and you blew it. I can’t muster up any feelings of sympathy for Greedy Guts. Anyone else?

Hot ‘n’ ready.
Chelsea’s odd little team getting hired at Jabot is partly delicious – Glo back in Jack’s orbit and Chloe back in fashion – yay! Chelsea being an amazing designer and spending all her time whining about Adam after she dumped him – boo! While I don’t mind the dynamic between Chelsea and Cane, it still seems out of the blue and concocted purely to free Lily up for an entanglement with Tyler. Anyway, amid their sexy scenes (Lily got Cane hot and ready at work!), their arguments are getting more intense and frequent – one of them will probably pull a ‘Lauren’ any day now. What do you think of Chelsea’s team getting hired at Jabot? Vote in Soaps.com’s Y&R Hired poll.

Sweet dreams.
Carmine and Lauren! I felt terrible for our Michael, just not terrible enough to wish the steamy sex scene between Carmine and Lauren never happened. Carmine has an insane body, smoldering expressions, and sex appeal out the wazoo. That scene with him coming in and kissing Lauren up against the door without a word was ridiculously hot. So Lauren’s now messed up just like Fen and Michael – a bit worse perhaps. Yeah, poor Michael…but still, just wow! 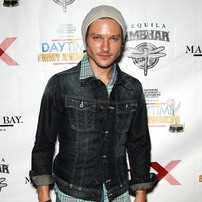