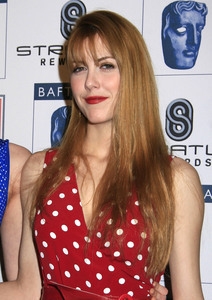 In “The Young And The Restless” history, 2009, Daisy Callahan started Brad’s mansion on fire…

Sharon Newman isn’t the only one to burn down a Genoa City residence. With the new Newman ranch about to be revealed it brings back a time when Sharon almost lost her son due to a fire Daisy Callahan started at Brad Carlton’s former mansion. The baby switch storyline had Sharon moving into Brad’s mansion. She soon started dating Adam Newman and had no idea he’d been responsible for switching her and Ashley’s babies.

Daisy first appeared as a college girl with no family and quickly convinced Lauren Baldwin to hire her at the boutique. Lauren’s sister-in-law Eden was no fan of Daisy’s and immediately saw through her conning ways. In an attempt to prevent Eden from ruining her plan to get close to Lauren, Daisy followed Eden to Brad’s mansion, where Sharon and Noah were living. Daisy watched as Eden and Noah went upstairs, where they made love, then set the place on fire.

Adam managed to save the kids, but Eden soon confronted Daisy about a Fenmore card found at the scene. Eden knew Daisy started the fire, and planned to prove it, but was called away to Paris to visit her aunt. Daisy quickly stepped into Eden’s life by making Lauren feel sorry for her and allowing her to stay in Eden’s old room, where she planted things that made Eden appear guilty of being the one who had recently been terrorizing Lauren.

Once the mansion was restored, Abby, who had inherited it after Colleen’s death, moved into the residence with her mother Ashley.

Check out our Flashback in B&B History: Clarke, Sally and CJ and read Soaps.com’s Dallas Recap to find out which family an outsider threatened to undermine in Monday’s episode.