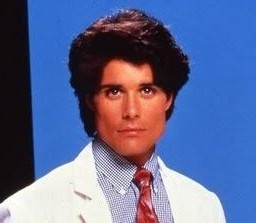 In a story that could have been straight from a soap opera script, an Illinois man who passed away last July has willed his entire estate to two actors he admired, but didn’t actually know. According to a report by “Good Morning America,” actor Peter Barton, who played Dr. Scott Grainger on “The Young and the Restless,” was one of the recipients, along with actor Kevin Brophy from the 70’s TV series, “Lucan.” The deceased man, Ray Fulk, who had no children or other family, told his solicitor that he considered the actors friends but in reality they’d never met, though he was a fan of their shows. In another twist, Barton and Brophy are pals, who both appeared in the flick, “Hell Night.” The estate includes property worth just over one million dollars, and cash and CDs worth $230,000.

Read about ex-Y&R’s Diana DeGarmo and Ace Young Co-Hosting Planet 360 to find out the details about the new series. Find out the latest actor to sign-on to return to “All My Children” through Prospect Park To Migrate AMC And OLTL Online.