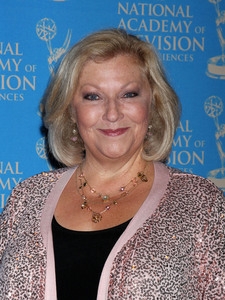 In “The Young And The Restless” history, 2001, Traci Connolly found out her husband Steve Connolly had been cheating on her…

Michael and Lauren Baldwin’s marriage has experienced quite a bit of stress these days, and Michael wants nothing more than to repair the damaged caused – much like Traci did years ago. Steve was Traci’s publisher, and the two fell in love in the early 1990s when he moved to Genoa City to help her with her novel. It wasn’t long before Traci left her family and Brad Carlton behind and moved to New York City with Colleen to marry Steve.

Though they had many years of happiness Traci found out Steve had been cheating on her. She packed up Colleen and moved back to Genoa City. Colleen was rebellious and refused to believe Traci in regards to Steve’s infidelity. When Colleen realized that her mother had been telling the truth she turned her back on Steve, who she’d always looked up to as though he were her real father. Brad was there for Traci, who began having feelings for her ex again, as well as for Colleen, who he worked to bond with in a father/daughter capacity.

However, Traci decided to give Steve another chance, which put her at odds with Colleen, who began to rebel. Once back in New York City, Traci and Steve didn’t know how to handle Colleen and sent her to live with her grandfather John Abbott in an attempt to get her on the right path.

Check out our Flashback in B&B History: Donna Logan: The Beginning and read Soaps.com’s Dallas Recap to find out who Cliff met with in last night’s episode.