The Young And The Restless Spoiler Video: Chloe’s Conundrum

Read about this episode before it airs through The Young And The Restless Daily Recap: Sad And Droopy. Find out what Lulu will overhear on "General Hospital" through Soaps Spoiler Digest.

On Tuesday in Genoa City, Gloria appears at Crimson Lights with a sad tale about losing money on her racehorse and informs Chloe she wants in on the fashion venture. Watch the sneak peek below. 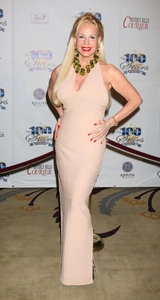