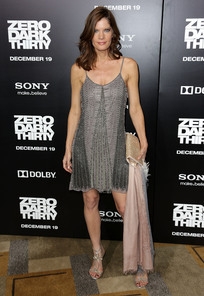 These days Adam has promised Chelsea that he’d take her to Paris and is now left with a decision to leave Genoa City behind or stay and help fight for Newman Enterprises. During another trip to Paris, Phyllis planned to surprise Nick with her presence but was the one who ended up being surprised.

Sharon, who was married to Jack at the time, set off for Paris to meet Noah, who was there on a French Class trip. Nick turned up as well, on the hunt for Victor, and ran into his ex-wife. Having been there before Nick took some time out to show Sharon around the romantic city. They enjoyed lunch and talked about Noah and Victor and laughed at how Nikki once took Sharon to be a gold-digger. After a boat ride they wandered over to a carousel and Sharon became emotional thinking about Cassie.

Little did Nick know his current wife, Phyllis, had arrived in Paris to surprise him. When Phyllis couldn’t find Nick she went to check out a Restless Style photo shoot then decided to do some sightseeing of her own. However, she never expected to see her husband and Sharon kissing on a bridge from afar. Phyllis left Paris unseen and vowed to make sure Sharon didn’t get her claws back into Nick. If Phyllis would have gotten a little closer to them she would have heard Sharon tell Nick that she had no intention of having an affair with him.

Feel free to leave your favorite “Y&R” on-location moment in the comments section then check out our Flashback in B&B History: Pam terrorizes Donna.

The Young And The Restless Spoiler Video: Noah's Regret

The Young And The Restless Spoiler Video: Tucker's View