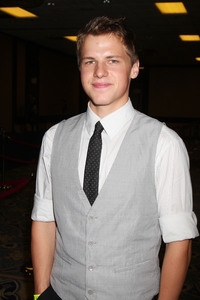 In “The Young And The Restless” history, 2008, Noah Newman began acting rebellious after returning to Genoa City from summer camp as a much older version of the character…

Fen isn’t the only teenage kid in town to act out against their parents. A few years back, when the character of Noah (Kevin Schmidt) was SORASed from ten to fifteen years old in a matter of months he began drinking and getting into trouble with his friends. Though it took some convincing on Noah’s part, Nick and Sharon agreed to let him leave Walnut Grove Academy and enroll in Genoa City High.

Noah’s first crush came in the form of Eden Baldwin (Erin Sanders), who initially didn’t like him. The two found themselves at the same party at a warehouse, but Noah, who’d been walking a fine line with his parents, tried to leave when it proved to be unchaperoned and full of underage drinking. Eden didn’t want to be alone and took Noah’s phone, leaving him unable to call Nick and Sharon, who soon barged into the party just as police were arriving. They dragged Noah away for breaking curfew, amongst other things, and Eden left unnoticed.

Eden and Noah’s next adventure had them flying off to Paris for a French Class trip. It was next to Jim Morrison’s grave at the Père Lachaise Cemetery where Eden opened up about her mother, who had died after growing up in Paris. When a gang of boys showed up and stole Eden’s mother’s necklace, Noah was caught in the crossfire and beaten up. Noah ended up finding the necklace the boys had dropped, while running from the cops, but he and Eden were brought to the police station and forbidden to see each other upon their arrival back to Genoa City.

Feel free to leave your favorite Noah moment in the comments section then check out our Flashback in B&B History: Kristen and Antonio.

If you ever miss an episode read Soaps.com’s Revenge Recaps, posted after each Sunday episode airs, then keep an eye on Soap Opera Fan Blog’s Y&R Actor Appearance for a chance to meet your favorite Genoa City stars.

The Young And The Restless Spoiler Video: Chelsea's Plans

The Young And The Restless Spoiler Video: Noah's Predicament