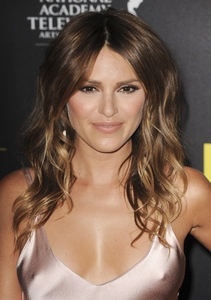 In “The Young And The Restless” history, 2008, Chloe Mitchell tried to pass off Billy Abbott’s baby as Cane Ashby’s…

Cane may feel a little irritated this week, due to the presence of Tyler at Jabot – and his interest in Lily. However, a few years back someone else had disrupted Cane’s life in a very big way. Chloe was working very closely with Lily during her cover shoot for Restless Style. Lily became pregnant with Cane’s baby and decided to put her modeling career aside. The couple was devastated when an ultrasound proved she had a miscarriage.

Lily ended up being dropped from Restless Style and went back to college. Though she agreed to let Chloe move in with her and Devon, after hearing Chloe hit on Devon and Cane Lily wanted her gone. Cane stepped in to help Chloe find a place to stay in order to get her out of their lives. Chloe soon found out she was pregnant and purposely got Cane drunk in order to set him up. She drove him home, waited for Cane to pass out in the car then pretended they’d had sex.

Lily was stunned when Chloe announced her pregnancy, and pinpointed Cane as the father, during the Gala event – right as Cane was proposing to her. A paternity test was taken soon after, which didn’t totally rule Cane out as the father. Lily walked away and urged Cane to marry the mother of his child. It wasn’t until later when Billy Abbott returned to town, realized Chloe was carrying his baby and confessed the truth to Lily, who he’d grown close to. Chloe almost died delivering Delia and finally admitted the truth to Cane as well.

Feel free to leave your favorite Chloe moment in the comments section then check out our Flashback in B&B History: Remembering Phoebe.

If you ever miss an episode read Soaps.com’s Y&R Daily Recaps then keep an eye on Soap Opera Fan Blog’s Y&R Actor Appearance for a chance to meet your favorite Genoa City stars.