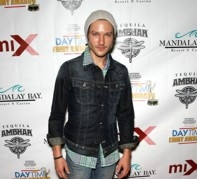 Graziadei’s final airdate will be Wednesday January 2 or possibly Thursday January 3, due to the unexpected Friday December 14 pre-emption of the show.

According to a report by Soap Opera Digest, Michael Graziadei (Daniel Romalotti) is definitely exiting “The Young and the Restless” when his contract expires. Although no final airdate has been provided, castmates Michelle Stafford (Phyllis), Peter Bergman (Jack), Joshua Morrow (Nick) and others, already attended a goodbye party in honor of the departing actor on November 30.

What do you think should happen with the character of Daniel? Vote below.