Marcy Rylan Returning To The Young And The Restless

If you missed them, check out a video of The Young And The Restless Stars On The Talk. 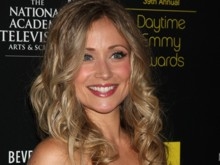 Rylan will first be seen in her return as Abby Newman on Monday February 11!

Actress Marcy Rylan, who was let go from “Y&R” shortly after the change in writing regimes, is reportedly set to return to her role of Abby Newman. Soap Opera Digest says the actress will begin taping scenes in January, and is back on a recurring basis.

What do you think about Rylan reprising her role? Let Soaps.com know by voting below.

The Young And The Restless Spoiler Video: John's Pride