Breaking News! Don Diamont To Leave The Young and the Restless! 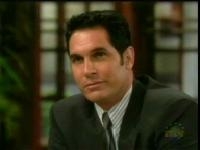 Confirmation from an insider tells us Don was indeed let go from his role. Look for him to exit in February 2009. We are certain he’ll land on his feet and quickly, and wish him all the best!

Our source has confirmed that Don will leave ‘in a few months’. Don will still participate in the Soap Cruise scheduled for January 2009. We will print Don’s statement when we receive it.

Soaps.com is sad to report that it appears longtime Y&R hottie, Don Diamont [Brad Carlton], will be leaving the show.

Don originated the role of Brad back in 1985, and became a favorite and a mainstay of the number one Daytime drama.

The Young and the Restless is opting not to comment on Don’s departure at this time, but the inside skinny is that it is already done. No word, either, on how the character of Brad will exit.

Soaps.com would love to see Don continue in his role of Brad, but if that’s not to be, we wish him the very best of luck in his future endeavors. Watch this spot for further details as they become available!

Be sure to leave a comment below and let us know what you think of this breaking news.

Vail Bloom Staying on The Young and the Restless!

The Young and the Restless' Kristoff St. John Gets Tattoo on TLC!