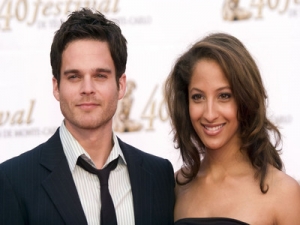 In “The Young And The Restless” history, 2004, a Genoa City psycho named Alex set his sights on Lily Winters with plans to rape her…

These days Summer’s affection for Jamie is causing Fen to target the boy. One other boy targeted Lily Winters, which wasn’t how Kevin Fisher and Daniel Romalotti anticipated for their initial plan to go down.

Kevin and Daniel enlisted a guy named Alex to help in order to make Kevin appear as a hero. Alex was to appear as though he was hurting Lily, so Kevin could rush to her rescue. Instead, Alex drugged Lily’s drink and attempted to rape her in an elevator. Kevin, having no idea what Alex really planned to do, ended up saving her before the unthinkable happened. The cops were called, but Alex managed to escape.

Knowing the cops were searching for him, Alex aimed his fury at Daniel and Kevin for keeping their part in the plan a secret. Alex tried blackmailing the two. He had no idea what Daniel’s mother was capable of and ended up leaving town after numerous confrontations with Phyllis and Damon Porter. However, the embarrassment and beat down didn’t keep Alex away for long.

Alex returned and threatened Daniel and Kevin – so much so, they paid him off. When the bully kept coming back for more money Kevin’s mother took over this time and drugged and framed Alex on a bogus attack against Jana Hawkes. Gloria taped the staged attack and later showed Alex ‘what he’d done’. He ran off for good.

Feel free to leave your favorite Genoa City teen moment in the comments section then check out our Flashback in B&B History: Sally Loses Spectra.

If you missed Soaps.com’s November Soap Opera Interviews you’ll hear from an actor involved in the current bullying storyline. Visit Soap Opera Fan Blog’s Y&R Actor Appearances to see where your favorite stars can be found outside of Genoa City.