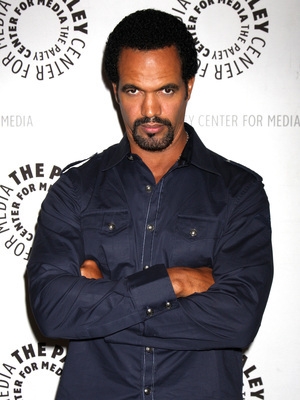 In “The Young And The Restless” history, 2002, Neil Winters was on his way to becoming a full-blown alcoholic…

These days Jack Abbott is dealing with his addiction to pain pills and back in the day another Genoa City resident fell victim to the bottle. Things began going downhill for Neil Winters after his brother Malcolm heard his own girlfriend, Alex Perez, professing her love to Neil. Malcolm rushed off, refusing an explanation, and was in a car accident on a bridge. His body was never found, and Malcolm was presumed dead.

Neil and Alex parted ways, not able to bear the guilt of what happened to Malcolm. Neil quit his job at Newman, hit the bottle and spent most of his time at the Olive Branch Bar. It was there Neil met Serena, who, having felt sorry for him, took Neil back to her place. They made love and grew closer during the time Neil stayed with her.

Olivia refused to allow Neil near Nate, due to his drinking, and he missed Lily, who’d been off in Paris with Dru. Dru soon arrived back home with Lily, who was in need of a father to get her attitude back in check. She was stunned to see what had become of Neil. Just as Neil decided to get clean, a thug named Juice robbed Neil, went to his apartment and tried manhandling Dru, Olivia and Lily. The girls fought Juice off, which left Neil with a big wake-up call. From there, Neil began to rebuild his life.

Feel free to leave your favorite Neil moment in the comments section then check out our Flashback in B&B History: Ridge loses Caroline.

An “Army Wives” actress is leaving and taking her character away for good! Get details in Soaps.com’s Primetime Dish then read Soap Opera Fan Blog’s Y&R Comings and Goings to hear about a new actor coming to Genoa City.

Redaric Williams and Lamon Archey To...

‘Shazam! Fury of the Gods’ Casts Lucy Liu as Villain