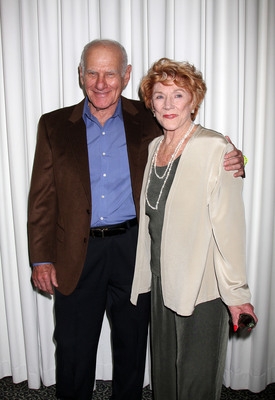 In “The Young And The Restless” history, Thanksgiving November 2008, Katherine Chancellor was serving people as a waitress while her friends and family were spending the holiday without her…

Katherine Chancellor was contacted by alcoholic Marge Catrooke, her doppelganger, who was in need of help. Having been an alcoholic herself, Katherine agreed to help Marge and set her up in rehab. On their way there they were in a bad car accident. When Nikki and Jill arrived, having been looking for Katherine, they found Marge in the car dead – and thought she was Katherine.

During the funeral Marge’s ghost realized that Katherine’s family thought she had died. Marge’s ghost found Katherine at the accident site, having been thrown from the car, and managed to have her friend Murphy – from the diner – find her. Murphy thought Katherine was Marge and nursed her back to health. Katherine had lost her memory and settled into Marge’s life – and job as a waitress at Joe’s diner.

Murphy brought her to work at the diner on Thanksgiving, but Katherine didn’t recognize the place. When the boss started to give ‘Marge’ a hard time, Katherine vowed to be the best waitress ever. It would be six long months before Katherine regained her memory and returned from the dead to her family and friends in Genoa City. Soon after, Katherine and Murphy held a memorial for Marge at the diner and have been happy together ever since.

Feel free to leave your favorite Katherine/Marge moment in the comments section then check out our Flashback in B&B History: Ann Douglas’ dying wish.