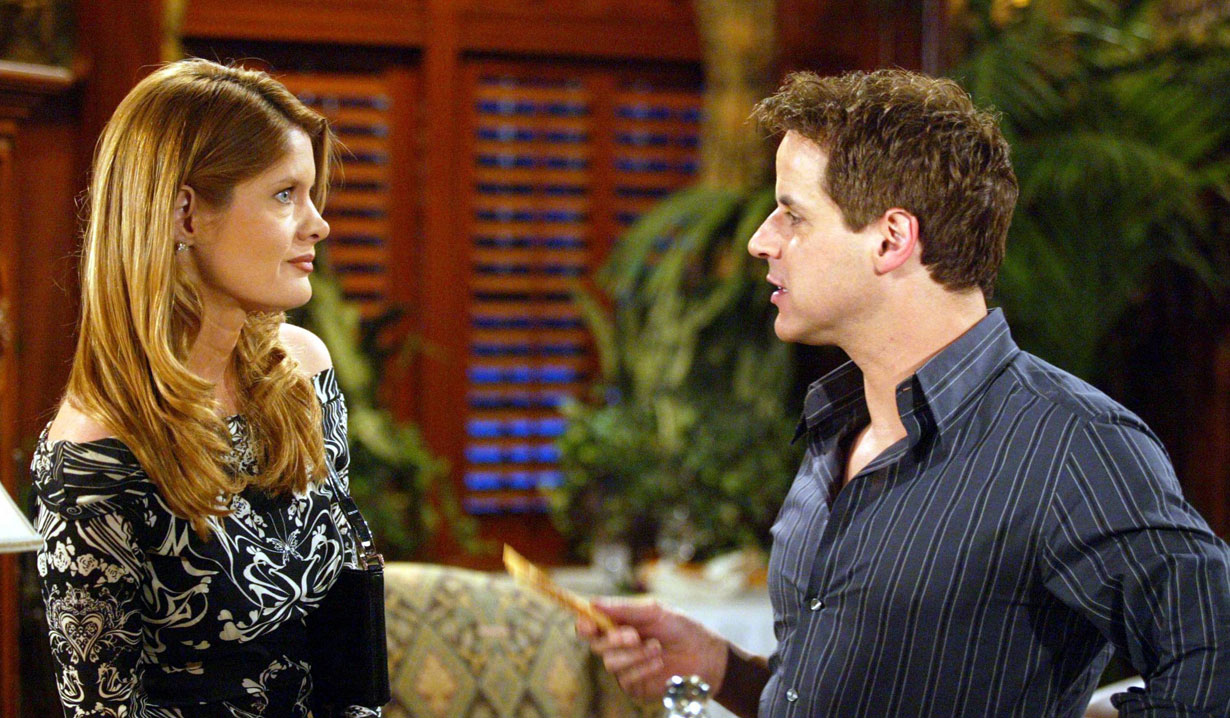 In “The Young And The Restless” history, 1998, Phyllis Summers had Michael Baldwin kidnapped…

In November 2012, Victoria Newman Abbott was the latest Genoa City resident to have been kidnapped but years ago Michael Baldwin found himself in a similar situation, locked up in a room alone. The worst part about it was his lover Phyllis Summers had been responsible.

Michael first met Phyllis when he was a paralegal. He had been released from prison prior and couldn’t get his law license. Christine Blair was Danny Romalotti’s lawyer, and Michael helped Phyllis during their custody case over Daniel. Christine and Danny won the case, and Michael landed a trip to bed with his client. It wasn’t until after Michael donated a kidney to Danny that Christine helped him get his law license back. She was also his probation officer for a year. The next case Michael took had Phyllis in an uproar.

Victor Newman and Michael haven’t always been friends. Back in the day Michael became Diane Jenkins’ attorney and urged her to take Victor for everything he had after Victor divorced Diane to marry Nikki on her deathbed. Phyllis, who lived with Michael, became very jealous of the time he spent with Diane. She had Michael kidnapped and thrown into a cold, damp warehouse – bound and gagged. Michael managed to escape and thought Victor had been behind the ordeal but learned Phyllis was the one responsible. Though Michael threw her out of his apartment, the two grew close and have remained best friends throughout the years.

Feel free to leave your favorite Michael/Phyllis moment in the comments section then check out our Flashback in B&B History: Trips to Big Bear.

Posted 25 seconds ago
Back to Top
ad