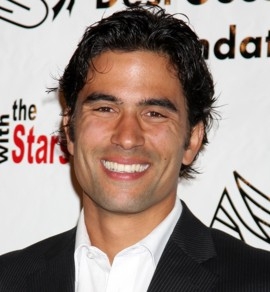 New cop on the beat.

Serricchio will debut as Detective Alex Chavez on the Friday December 7 episode of “Y&R.”

According to TV Guide, actor Ignacio Serricchio (“CSI: Miami,” “The Client List”), known to soap fans for his role as Diego Alcazar on “General Hospital,” has landed in Genoa City. Serricchio is headed to “Y&R,” where he’ll play a streetwise undercover cop from New York. The actor begins taping this month, however his character, Alex, won’t be seen until December.

What are your thoughts on this new character? Do you think he will fit in with the other characters in Genoa City? Let Soaps.com know by voting below.

Read about Redaric Williams and Lamont Archey to Y&R.

Get the scoop on former "All My Children's" Mark Consuelos' new Primetime role through After The Soap Finales: Where Are They Now, and see a pic of David Hasselhoff with Dolph Lundgren through Soap Opera Fan Blog's Star Gazing.