Pater Noster Stars The Young And The Restless’ Stacy Haiduk 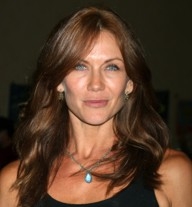 “Y&R” actress Stacy Haiduk (Patty Williams) is set to star in a new film entitled, “Pater Noster.” Former “90210” heartthrob Luke Perry co-stars as widower Thurlow Weed in the movie as a member of Pater Noster (a conservative church sect), which provides him with a surrogate wife (Haiduk) to help raise his teenage son.

Haiduk told her followers on Facebook, “For ‘Pater Noster’, my new feature film project with Luke Perry. You can pledge your support within 30 days to make it happen. We meet our goal or we get nothing even if one penny short, so please pass this on. It will be co-directed by Michael Nouryeh and Bradford Tatum who also wrote the screenplay.”

Read about Michael Muhney at the West Coast Women’s Show.