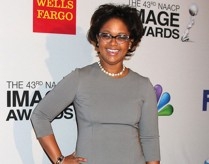 Actress Tonya Lee Williams who plays the recurring role of Olivia on “The Young and the Restless,” is appearing in a new internet-based series called “Cybergeddon.” She plays Donna Berg in the project, which has been released in nine chapters that equal the length of one regular feature. The growing threat of cybercrime is the premise for the series, which was produced by Anthony Zuiker (“CSI”). Check it out by visiting Cybergeddon.

Find out which former “All My Children” actress won a Primetime Emmy Award through After The Soap Finales: Where Are They Now, and read our Revenge season one recap with a teaser into the season two premiere.