The Young And The Restless 10,000th Episode Celebration Video

Find out who comes face-to-face with their former lover on "Coronation Street" through Soap Scoop: UK/Australia Edition, and stop in to give your opinion on Sharon's assessment on "Y&R" through Soap Opera Fan Blog's Soap Opera Polls.

The cast and crew of “The Young and the Restless” recently taped the show’s 10,000th episode. Check out this video footage from the behind the scenes celebration of the big event!

The Young And The Restless Spoiler Video: Growing Closer 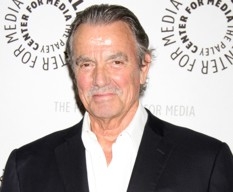