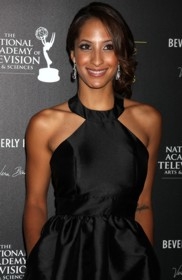 Shortly after it was reported that Christel Khalil is leaving Y&R, fans of the actress began to mobilize to show support for her and her character, Lily Winters Ashby. The latest word was that Khalil had returned to the negotiating table, and now her fans have a definite plan in place to demonstrate that they want her to stay – the group has rented a plane with a banner to fly past “The Young and the Restless” Bell-Phillip Television studios at 7800 Beverly Blvd in Los Angeles, California on Thursday September 6 at 12:00 PM.

Read our past Christel Khalil interview.

Find out about an interesting twist on the upcoming episode of “Royal Pains” through Primetime Spoilers, and vote in Soap Opera Fan Blog’s Soap Opera Polls.