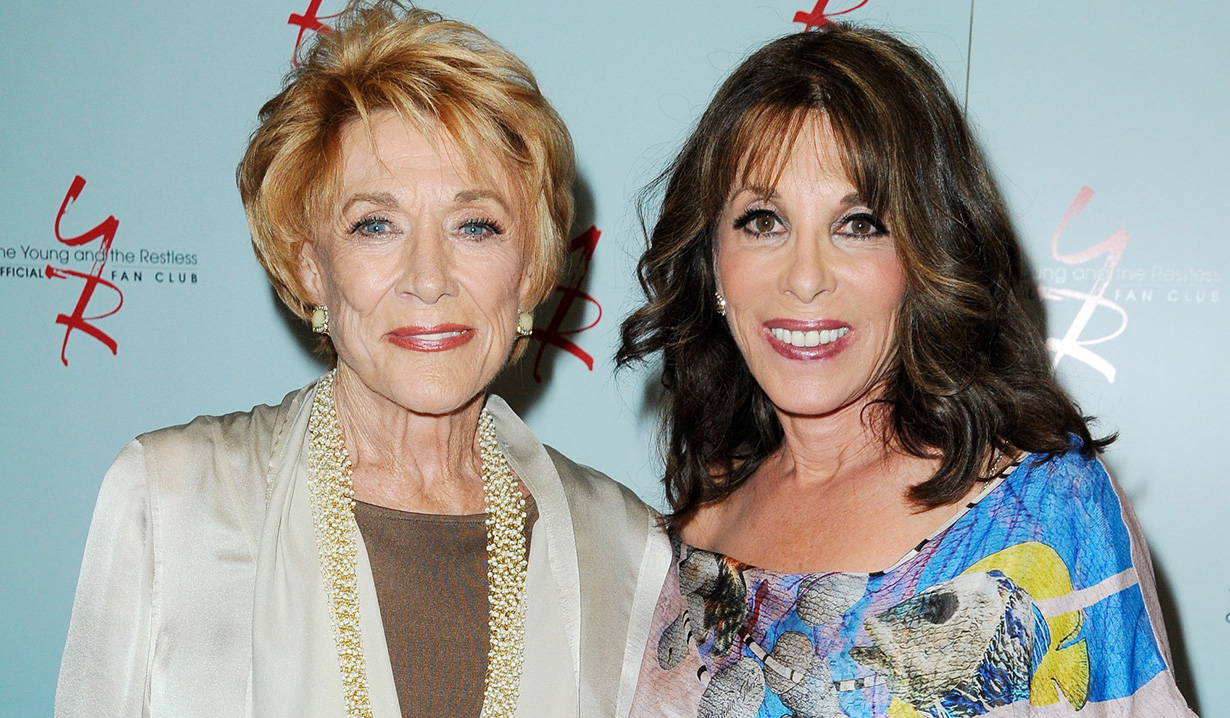 “I think we’re going to bring many of the core people back, which the audience has wanted.”

In part 1 of Y&R’s interview with Jeanne Cooper, she discussed with Soaps.com, her best-selling memoirs, “Not Young, Still Restless.” In Part II, we switch gears and chat about the transition at Young and the Restless dish on the storylines a little, and take a look at what the future may hold for Katherine Chancellor.

Soaps.com: Was there ever a time during your time on Young and the Restless when you considered leaving either because you weren’t happy, or because you wanted to try something different career-wise?

Cooper: I think the only time that really happened was with Doug Marland, who I talk about in the book. I was becoming very unhappy with certain situations at that time, and because I always wanted stage; that’s my basic training. So if he created the role for me [on As The World Turns] as he was going to do, that would have placed me in New York where I could follow my first love, the stage. Doug had the heart attack and died three days later, and because of his situation, it placed me in mind of being responsible for raising three children.

Soaps.com: You mentioned at the beginning of our chat that Maria Bell leaving was something that had to happen. Can you elaborate on that? 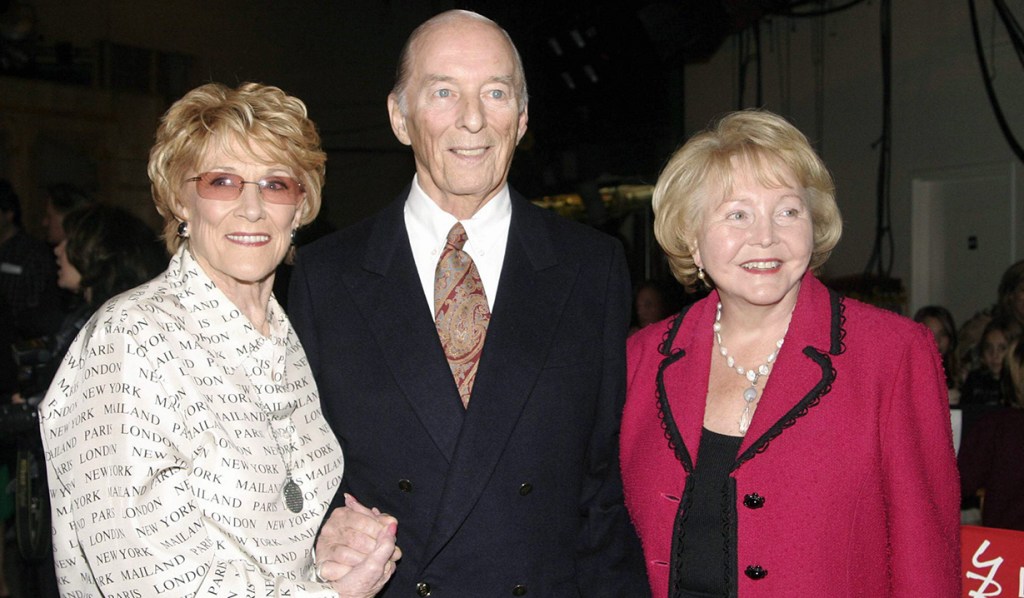 Cooper: Since Bill Bell died there have been two or three transitions, but this one hit the heart because Maria Bell was our head writer. It hit the Bell family, and when you’re with those people for 40 years like I’ve been, it’s like a member of the family got one of their legs blown off. It was something that had to be done, and it was done, and I think we’re going to bring many of the core people back, which the audience has wanted. In her defense, Maria was greatly responsible for finding the funds, and was the person who funded, MOCA, and got it back on its feet. The art world is part of her life, and what she was trying to do was eventually blend the show with art, and it would change the show just a little bit. She re-established a lot of people in the beginning and then in trying to blend the art and living art it just didn’t work out. I don’t think she had the people, the knowledge, around her to achieve that. People who like the soap opera like the story, they don’t want things forced on them. In Daytime you have to grow; you have to grow in somebody’s heart.

Soaps.com: Knowing the characters as well as you do, is there anything that stands out for you in the last little while storyline-wise that maybe took a wrong turn?

Cooper: I think what took a wrong turn is taking all the seven year-olds and turning them into 25 year-olds. [laughs] You know, you walk up stairs, you’re seven years old, you come downstairs and you’re 17. So I stopped going up my stairs. [laughs] I don’t have that kind of time to spare! Don’t go up those stairs unless you want to look different when you come down!

Soaps.com: What about a character like Victor having a love affair with his grandchildren’s mother?

Cooper: Please, you know, I can’t buy that. Even the thought that he would do it, or try to get it out there and take advantage of it, turns him into a sort of lascivious old man. [laughs] Everybody bring your daughters indoors, Victor’s out tonight! But, I must say, Eric [Braeden] gives it his all and sometimes he just swallows hard and charges ahead with it. I think the biggest character change was Sharon Case’s [Sharon], and she is such a good actress she’s a fine, fine actress, and to put her in that position…though she’s playing the hell out of it. But the insinuation, because Victor’s sort of, ‘I’ll come back to Nikki after I have this affair and then see ya’ later’, that it’s still okay, that it’s redeemable; just the thought that Victor would do such a thing, even for a purpose, sort of diminishes his character; his morality. I didn’t really like to see that. The ‘plus’ is that Sharon Case is a comedienne from the word go and she’s never had the chance to express that except now that she’s doing all this and they have her going ‘looney boonie’.

Cooper: There you go. She’s a sweet, sweet human being.

Soaps.com: You and Jess Walton (Jill) have both been vocal about the ‘Jill as Katherine’s daughter’ storyline just not working for you. What did you think of Katherine getting a son and grandson in Tucker (Stephen Nichols) and Devon (Bryton James)?

Cooper: Absolutely, listen, that was a treasurable piece, with Devon being Afro-American. It was absolutely marvelous that they could pull that off and make it work and make it acceptable to people in the country who are still a little redneck about that situation. What a great chance to show that it’s okay. The racism card is just so, I mean, it’s 2012 for God’s sake. To even give it a thought hurts my heart. If anyone could play it and make it acceptable, it’s Katherine. I was out of the loop for eight weeks [with pneumonia] and it’s a big disappointment that they haven’t carried that [storyline] further. I think they should; he’s still my grandson, so he’s still hanging out there, and [Bryton’s] a wonderful kid to work with; wonderful young man, good actor. But the thing they did that pleased me the most is have Katherine put Neil [Kristoff St. John] in charge of Chancellor Enterprises, to show that it’s okay to be a different color and be in a big position. It’s the whole acceptance card; open up your eyes, open up your heart. 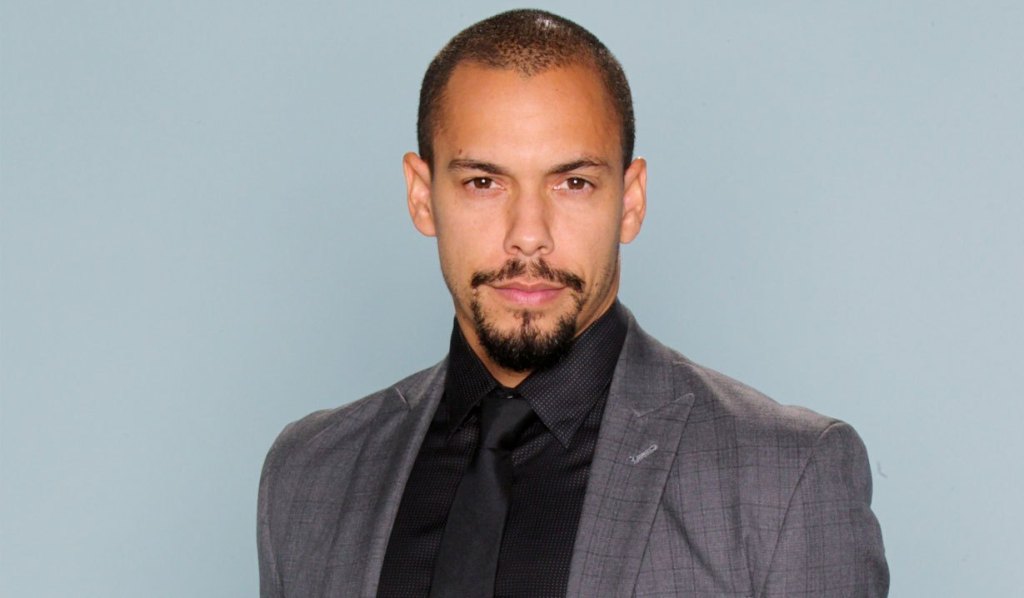 Soaps.com: With Jill Farren Phelps and Josh Griffith coming in at Young and the Restless what’s the feeling about that, and about Katherine’s future on the show?

Cooper: Well, everyone’s excited about Josh Griffith coming back. He knows the show, he kept the show together during the strike. He’s a very fine writer and he’ll have his team around him. I think that’s why we’re dark this week, it’s the transition period. I think you’re going to see some exciting things with core people. Plus, you’ll have certain people stay, but they’ll get rid of the overgrowth, that’s what’s good about it. So you can follow a simple setting…things will be back to a simpler way.

Soaps.com: Are you anticipating a good storyline for Katherine, maybe even with Jill, when she returns? The fans always want to know about this pair – they’re so popular.

Cooper: Well, I miss that so much. It’s a thing that people have grown older with. For God’s sake, how many years have Jess and I been doing this? People do miss it, sometimes for the drama in it, but for the humor in it, for the love/hate situation in it. They identify with it. I think we sort of brought comedy back; we lighten the situation every once in awhile. We miss it. I miss it terribly. I miss her with all my heart.

Soaps.com: We all hope she’ll be back.

Cooper: Oh, yeah, I pray to God. She became a brand new grandmother, so now she knows what that’s like, and she said, “Jeanne, I just have to get to know myself, and know who I am.” I said, “Believe me, you won’t like it when you find out.” [laughs]

Soaps.com: What would you like to see next for Katherine and Jill? 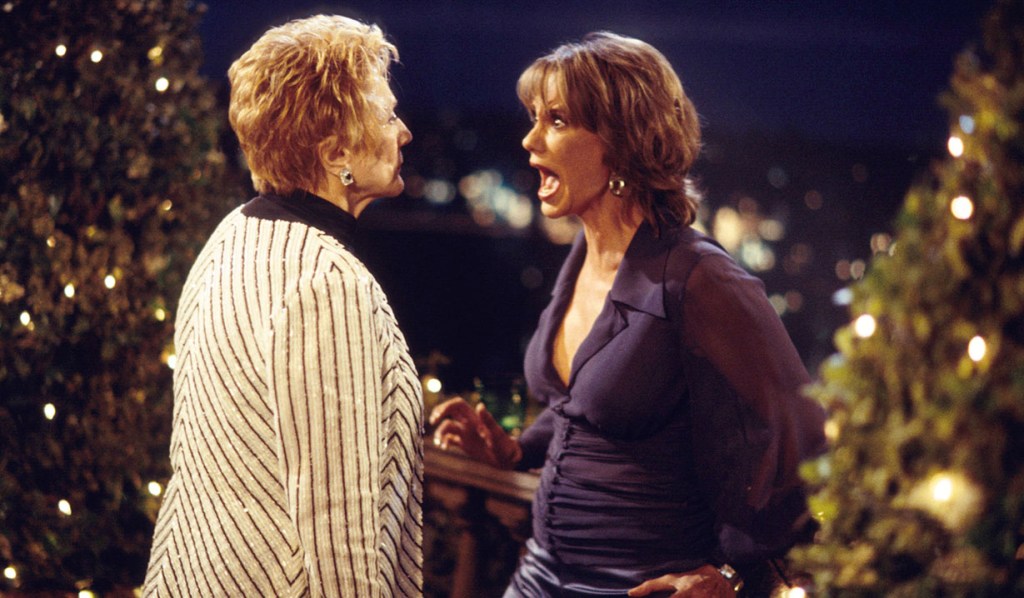 Cooper: Well, I would like the line withdrawn from my house and prove it’s all mine. [laughs] Actually, I would like them to have a difference of opinion on almost everything they do, but have a relationship. After all [Jill’s] love affairs and all of that, she got so distant from Katherine, she really couldn’t comment on them, and they would have to think of something barbed to say, but that’s not the way it happens, it’s done automatically in a situation, so they should bring that back to a natural state. I pray for that to happen so that the two of them are a ‘super couple’.

Cooper: Oh yes, more involvement with Tucker. I have a son who all I chide him about is, ‘you’re up to something’, well of course he is! [laughs] 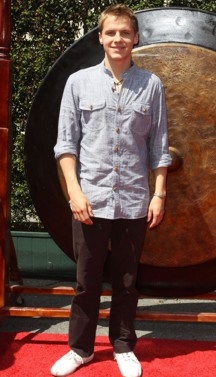