Bonnie Franklin To The Young And The Restless 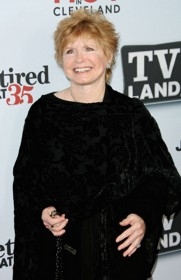 Franklin will be playing Sister Celeste, and her first airdate is Friday August 24!

Actress Bonnie Franklin, famed for her role as Ann on “One Day At A Time,” has been cast on “The Young and the Restless,” according to Entertainment Weekly. Franklin will play Sister Celeste, a nun who interacts with none other than Victor Newman (Eric Braeden). She begins taping this week, and her guest episodes will air starting in mid-August. Franklin has also appeared on “Hot In Cleveland,” “Touched By An Angel,” “Almost Perfect,” and “Charles In Charge,” to name just a few.

Are you excited to see TV icon, Bonnie Franklin play a nun on “Y&R?” Let Soaps.com know by voting below.