Lindsay Bushman To The Young And The Restless As Summer 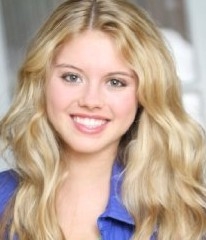 Actress Lindsay Bushman (“The Finder,” “Ringer”) has been tapped to play the teenaged version of Summer Newman, according to acting coach, Tess Kirsch, who tweeted, “Congrats to Lindsay Bushman who has just booked a recurring role on ‘Young and the Restless’.” Bushman will first appear as Nick (Josh Morrow) and Phyllis’s (Michelle Stafford) daughter on June 8.

Are you excited that Summer’s been aged? Let us know by voting in the poll below.