Max Ehrich To The Young And The Restless As Fen 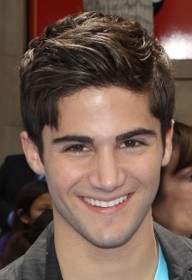 According to Soap Opera Digest, young actor Max Ehrich (“Ugly Betty,” “High School Musical 3: Senior Year”) has benefited from the latest case of SORAS (soap opera rapid aging syndrome), having been cast as a teenaged Fenmore Baldwin. Fen, son of Lauren (Tracey Bregman) and Michael (Christian LeBlanc), has been in Canada with older half-brother, Scotty, and will first return to the screen on June 11. Expect him to have a bit of attitude after being away at boarding school.

What do you think of Fenmore being aged? Let us know by casting a vote in the poll.

The Young And The Restless Spoiler Video: Daniel's Plan

The Young And The Restless Saturday Teaser Poll: In Your Face