Eileen Davidson Exits The Young And The Restless. (UPDATED.) 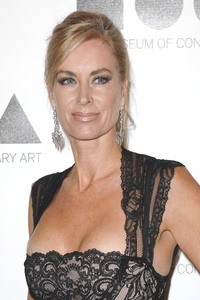 Davidson posted a message for her friends and fans on Facebook today. It stated, “It’s official. I’ve been let go from ‘Y&R’. Not really sure exactly why but in the big picture I guess it doesn’t really matter!”

Davidson’s representative has confirmed to Soaps.com that she is indeed leaving the show.

Actress Eileen Davidson has shared with friends and fans online that she has been let go from “The Young and the Restless” as Ashley Abbott. The actress, whose character is currently experiencing marital woes, tweeted, “Last week I lost my childcare. This week I lost my job! It all works out because I don’t need a babysitter if I’m not working. #beingpositive.”

According to Soap Opera Digest, Eileen may return to her former dual role as Kristin Blake/Susan Banks at “Days of Our Lives.”

Soaps.com wishes Eileen all the best in her future ventures. Stay tuned for last airdate and storyline details as they become available.

Brett Butler To The Young And The...