Blake Hood To The Young And The Restless 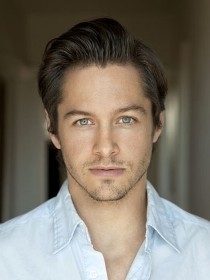 It looks like ‘soap opera rapid aging syndrome’ (SORAS) has struck again at “The Young and the Restless.” According to The Hollywood Reporter, twenty-something actor, Blake Hood, has been tapped to take over the role of Kyle Abbott, son of Jack Abbott (Peter Bergman). Hood is best known for playing bad boy Mark Driscoll on “90210,” but has also appeared on “Desperate Housewives,” “Cold Case,” and most recently on “2 Broke Girls.” He was also in the movie “Easy A.”

Soaps.com offers congratulations to Blake, who will begin appearing onscreen as Kyle on Friday April 27. Are you happy that Kyle has been aged? Let us know by voting below.

Read about Sheryl Underwood’s return. Join us on Twitter @soapoperafan and Facebook. Come tweet and Facebook with us about "The Young and the Restless," all the other soap operas, "Glee" "Grey's Anatomy," "Vampire Diaries," and "Venice the Series!"

The Young And The Restless Flash Mob...