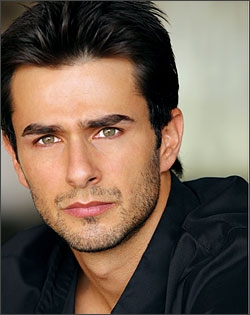 Soaps.com has learned that popular actor Eyal Podell, Y&R’s sexy Professor Adrian Korbel, has been taken off contract. The character’s story line had run dry as his relationship with lady love, Colleen (Tammin Sursok) recently came to an end, and he subsequently indulged in an awkward one-night stand with Amber (Adrienne Frantz). The character really seemed to be broken, however, when he suffered yet another professional kick-in-the-teeth courtesy of Jack Abbott (Peter Bergman) down at Restless Style, right on the heels of his book about Brad Carlton (Don Diamont) being shelved by the publisher! Adrian told Amber in a poignant scene in Crimson Lights, that he’s pretty much fed up with Genoa City and will be heading off to live in Maine, making the writing on the wall pretty clear for fans of Eyal Podell.

Eyal has sent us this personal message for his fans:

“I was told my contract would not be renewed and that I would become a “recurring player” as opposed to a “contract player”. Subsequently, I read the scenes where my character announced his departure from Genoa City for the greener pastures of Maine and was thoroughly shocked. I had long suspected that my days were numbered, but I feel completely let down by the manner in which I was discarded from the canvas. With out a second thought or much of an argument, my last few months on Y&R consisted of getting writing career sabotaged by my girlfriend and her father, then getting dumped by my girlfriend, and finally getting used by Jack — I basically left town with my tail between my legs. For a genre that is built upon revenge plots and getting even, its my opinion that they really missed the boat here. I don’t need to elaborate further. I thoroughly enjoyed my time with the Y&R family, and hope to be reunited with them soon. With any luck, I’ll come back to town with a huge chip on my shoulder. After all, I wasn’t killed off, right?”

Hopefully, this talented actor will be given a new storyline on the show, but he also has an excellent chance of landing a gig in prime time television, as he has appeared in dozens of roles including his most recent – a guest spot on the popular series “House”. To learn more about Eyal and all of the other projects he is involved with, visit his MySpace page! Soaps.com wishes Eyal the very best of luck in any future endeavors! 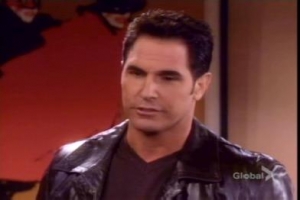 The Young and the Restless Now on Showcase Diva!