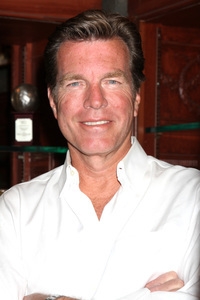 Peter was forced to cancel his appearance at the Ottawa National Women’s Show due to flight delays at Air Canada.

Actor Peter Bergman, who plays Jack Abbott on “The Young and the Restless,” will be appearing at the Ottawa National Women’s Show at the Ottawa Convention Centre at 55 Colonel By Drive in Ottawa, Ontario, Canada on Saturday, April 14.

Those interested can call 1-800-891-4859 to reserve a $12 ticket for admission and visit the National Women’s Show for times, directions and more information about the event.

Read about Genie Francis in Winnipeg. Join us on Twitter @soapoperafan and Facebook. Come tweet and Facebook with us about “The Young and the Restless,” all the other soap operas, “Glee” “Grey’s Anatomy,” “Vampire Diaries,” and “Venice the Series!”

The Young And The Restless's Melody...