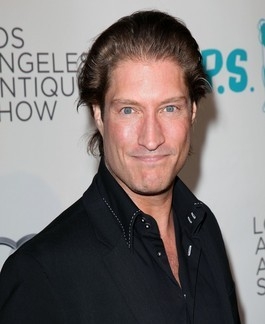 An ABC rep for the show has alerted Soaps.com to Sean’s air date. Tune in to episode 19 [production code 819] on April 1.

“The Young And The Restless” actor Sean Kanan (Deacon Sharpe) is about to be seen on Primetime yet again. Sean announced his latest role by tweeting, “Just booked a cool role on “Desperate Housewives.” I film this Wednesday. Heading to the gym. No rest for the wicked. I am really excited.”

Sean will also be seen on the new season of “Happily Divorced” which begins March 7. The air date of Sean’s episode is still not known.

Sean got his first big break as bad boy Mike Barnes in “The Karate Kid Part III.” His character on “Y&R” originated on “The Bold and the Beautiful” in 2000 before the character moved to Genoa City in 2009. He was last seen in December.

Read our last interview with Sean Kanan when he talked about his cookbook.

We invite you to join us on Twitter @soapoperafan, and Facebook. Come tweet and Facebook with us about “The Young And The Restless,” all the other soap operas, “Glee,” “Grey’s Anatomy,” and “Vampire Diaries,” and “Venice The Series.”