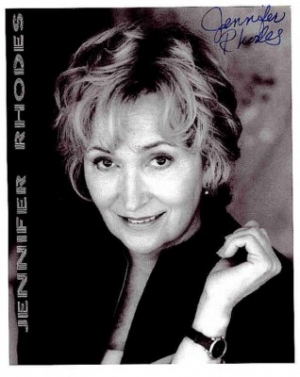 Y&R continues to amaze everyone with fabulous casting coups, and this week is no different! Soaps.com has learned that veteran actress, Jennifer Rhodes, will be appearing on the show on Friday, August 15th as a player at Kevin (Greg Rikaart) and Jana’s (Emily O’Brien’s) wedding!

She will play Lalani, the hostess at the Ashram in Malibu where the wedding takes place. She will have the undesirable job of informing the group about the no meat, no cellphones, no shoes policy! She will also introduce the group to the Guru of the Ashram, who is later identified by Gloria as Lowell – Michael’s long-lost father!

Jennifer Rhodes has been acting for over four decades. Her experience is largely in television, including in such series as “Little House on the Prairie”, “Party of Five”, “Friends”, “Boston Public”, and as ‘Grams’ on the past series “Charmed”, where she earned the distinction of being the only actress to guest star in all eight seasons of the program.

Her latest work is in film, on the project, “Let the Game Begin”, where the other cast includes such names as Stephen Baldwin, Michael Madsen, and Thomas Ian Nicholas of “American Pie” fame! This movie should be popping up on big screens next year!

As if Soaps.com wasn’t already eagerly anticipating the arrival of Jana and Kevin’s wedding, now they’ve given us one more excellent reason to do so! We can’t wait! Also on August 15th, watch for the debut of Michael Gross as Lowell/River Baldwin!