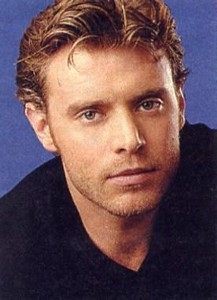 Soaps.com can confirm that Billy Miller’s scenes will first appear on September 19th as he turns up as Liam, Amber’s mysterious boyfriend, who is actually Billy Abbott!

Soaps.com has learned that popular soap actor Billy Miller, who just made his mark over at All My Children as bad boy Richie, is headed to Y&R’s Genoa City to play none other than Billy Abbott! Billy (Abbott) is, of course, the offspring of diva Jill Abbott (Jess Walton) and deceased John Abbott (Jerry Douglas). Billy didn’t stick around town for long after the death of his beloved father, he headed to Hong Kong with his Aunt Ashley (Eileen Davidson). Soaps.com is eager to find out what he’s been up to!

We find out this week on Y&R that the baby Chloe is carrying supposedly has Jill’s son, Cane’s (Daniel Goddard), DNA. Which leads one to wonder – is it too far of a stretch to think that missing-in-action Billy (who, incidentally, has some of that same DNA) might somehow tie into this storyline? Imagine if Chloe met Billy elsewhere and it’s his child she is trying to pass off as Cane’s. Whoo-eee!

Actor Billy Miller, who had a role on CSI: NY, and appeared in numerous commercials before joining All My Children, was born September 17th, 1979 in Grand Prairie, Texas. His nickname is B.J. In addition to acting, Billy owns a company called ‘4M’, which builds and operates bars in Austin, Texas and South Bay, California.

Soaps.com eagerly welcomes Billy Miller to cast of The Young and the Restless. A daytime drama cannot have too many hot, talented males in our humble opinion! We look forward, also, to the return of another integral Abbott family member. We can’t wait to see what excitement Billy Abbott’s return will bring to the number one soap! For more on Billy Miller check out his website!

The Chi's Jasmine Davis, Jason Weaver and EP on How Season 4's Surprising, Uplifting Transgender Story Came to Be