Catherine Bach Joins The Young And The Restless 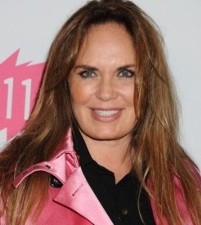 According to Entertainment Weekly, actress Catherine Bach (ex-Daisy Duke, “Dukes of Hazzard,” “Cannonball Run II,” “You Again”) will be joining “Y&R.” She will first air on February 7, and begins taping January 10. Her role? Catherine will be playing Anita, the mother of Chelsea (Melissa Claire Egan), and it sounds like she’ll be plotting while in Genoa City.

Are you excited about Catherine joining “Y&R?” Let us know by voting in the snap poll below.

Read about former "All My Children's" Darnell Williams (ex-Jesse) joining the show. Join us on Twitter @soapoperafan and Facebook. Come tweet and Facebook with us about "The Young and the Restless," all the other soap operas, "Dirty Soap," "Glee" "Grey's Anatomy," "Vampire Diaries," and "Venice the Series!"