Breaking News! Michael Gross Joining The Young and the Restless! 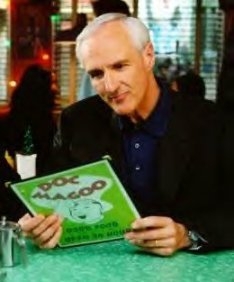 Original Article July 28th: Exciting news for Soaps.com readers today! It looks like the fugitive father of Y&R’s Michael Baldwin (Christian LeBlanc) will turn up later this summer after all. Better still, he will be played by none other than veteran actor Michael Gross, who is best known for his role as Steven Keaton, the father on the popular 80’s sitcom “Family Ties”. Although Steven Keaton was a hippie in the 60’s just like Lowell Baldwin, the similarities end there. As Michael has researched his father’s past via his grandmother’s diary recently, we have learned that his dad was a bit of a substance-abusing rat, who is now wanted for his role in a robbery that caused someone’s death, and who is currently going by the name of River!

Born in 1947 in Chicago, Illinois, Michael Gross received his drama degree at the University of Illinois at Chicago, and then went on to also attend Yale University where he achieved a Master of Fine Arts degree. Gross has been married to casting director Elza Bergeron since 1984, and they have two children.

Since the end of his acting stint on “Family Ties” in 1989, Michael has kept very busy in the acting world, appearing in the movie “Tremors”, as well as the subsequent television series of the same name, and landing roles on numerous well-known TV series such as “ER”, “Ally McBeal”, “Law & Order”, “Spin City” (which co-incidentally starred his Family Ties son, Michael J. Fox), “CSI: NY”, and “Boston Legal”. He has had film roles this year in “An American in China” and “100 Million BC”, and is currently awaiting the debut of “Broken Windows” which is due out in 2009.

Soaps.com welcomes Michael Gross to the fabulous cast of Y&R. We can’t wait to see what new intrigue and issues his character will bring for Gloria, Michael, and their spouses to deal with – watch for Michael’s scenes as Lowell/River to first air on Friday, August 15th! For those interested, please find out more about Michael at his Fan Page!!

The Young and Restless Paris Shoot -...