Jeff Branson Leaving The Young And The Restless? 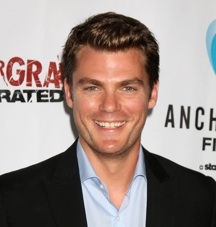 It looks like Jeff Branson’s character, Ronan Malloy, may be heading out of Genoa City yet again. Fans who attended a recent soap opera industry fan event are reporting that Branson announced he has already taped his final episodes. The good news? He reportedly told those in attendance he would return if asked.

Stay tuned for more information as it becomes available.

It looks like another cast member may be exiting Genoa City. It was just reported that Sean Kanan will be leaving for a bit and now, according to Soap Opera Digest, Jeff Branson could be the next to go.

Soaps.com is awaiting comment from Branson’s rep regarding the actor, who has played Ronan Malloy since June 2010, leaving “The Young and the Restless.” In the meantime, would you be disappointed to see Ronan Malloy leave town? Vote and comment below.