Sean Kanan Let Go From The Young And The Restless. (UPDATED.)

Read our Sean Kanan Interview. Join us on Twitter @soapoperafan and Facebook. Come tweet and Facebook with us about "The Young and the Restless," all the other soap operas, "Dirty Soap," "Glee" "Grey's Anatomy," "Vampire Diaries," and "Venice the Series!" 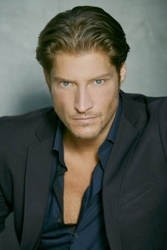 Sean has provided “Y&R” fans with an update on his status with the show via Twitter. Sean tweeted, “Apparently “Y&R” has not seen the last of Deacon. MAB [Maria A. Bell] says she plans on bringing Deacon back in the Spring. Thanks to all of you for everything.”

Actor Sean Kanan (Deacon Sharpe) has been let go from “The Young and the Restless.” Sean broke the news to his fans on Twitter, saying, “Well it’s just two weeks before X-Mas and the PTB [Powers That Be] have just let me know that I will be gone from GC in five more shows. Merry X-Mas. Playing the “villain” is not easy. Supposedly I will be coming back. Let’s hope soaps are still around then. Guess I can finish my next book.”

Soaps.com wishes Sean the very best in his future ventures. Would you like to see Deacon return to “Y&R” or “B&B?” Let us know by voting below.

The Young And The Restless Spoiler Video: Sofia's Concern

The Young And The Restless Bad Hookups