The Young And The Restless Spoiler Video: Phyllis’s Shock

Read about this episode before it airs at The Young and the Restless Daily Recap: GC's Most Average.

Join us on Twitter @soapoperafan and Facebook. Come tweet and Facebook with us about "The Young and the Restless," all the other soap operas, "Dirty Soap," "Glee" "Grey's Anatomy," "Vampire Diaries," and "Venice the Series!"

Whatever you think you heard…

On Tuesday in Genoa City, Phyllis is stunned when Avery denies part of their conversation from the day before. Check out the sneak peek below.

The Young And The Restless Saturday Teaser Poll: Shrink Time

The Talk Welcomes The Young And The Restless's Melody Thomas Scott 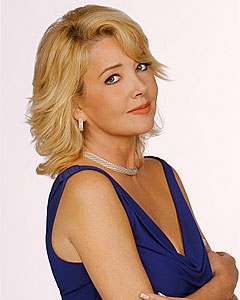