Breaking News! Vincent Irizarry Leaving The Young and the Restless! 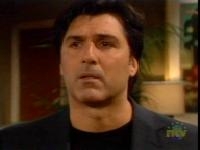 Soaps.com has learned that Vincent Irizarry (David Chow) has confirmed on his MySpace Page that he will be leaving Y&R. Since it recently came to light that the trouble-plagued David Chow is the person responsible for the murder of Ji Min Kim, many fans have speculated that Vincent’s time with the show might be coming to a close. There was no timeline provided for his exit, but sources say that David’s behavior will continue to spiral out-of-control as his storyline wraps up.

Emmy-nominated Vincent, a native of Queen’s, NY, joined The Young and the Restless in November of 2006, with his first scenes airing in January of 2007. His character had been involved in a romantic relationship with Carmen Mesta (Marisa Ramirez), who was soon murdered. What was originally intended as a 13-week run, has lasted until the present-time, as David became campaign manager for Nikki Newman (Melody Thomas Scott) in her bid to become Senator. David ended up falling in love with Nikki, and she with him, but David’s addiction to gambling, and the criminal act he has committed in order to fund it, will seemingly be his undoing!

Soaps.com would like to wish Vincent best of luck in his future endeavors. With any luck at all, the soap veteran will turn up on another of our favorite daytime dramas very soon!