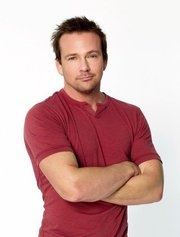 It appears Eden Riegel has confirmed her departure on Twitter. She posted, “Apparently my run on “Y&R” is soon coming to an end. It was a fun ride! I have to say I was a wee bit bummed. But looking at Jack [her son] makes it hard to be down about anything.”

Earlier today, Soaps.com reported that Y&R is releasing Tristan Rogers, or at least his character, Colin, is departing for some period of time. Now, CBS Soaps In Depth is reporting that a “Y&R” insider is telling them three more actors may be on the chopping block on the Daytime soap. Eden Riegel (Heather Stevens), Sean Patrick Flanery (Sam Gibson), and Darius McCrary (Malcolm Winters), could possibly be leaving as well.

On the heels of the news that Yvonne Zima is due to return as Daisy, Diana DeGarmo is joining the show as Angelina, and with Debbi Morgan slated to begin airing in October, it seems a true cast shake-up may be afoot. Which possible departure upsets you most? Let Soaps.com know by voting below.