Read about Eric's other upcoming appearance through Colossus: The Forbin Project Welcomes The Young And The Restless’s Eric Braeden. Join us on Twitter @soapoperafan and Facebook. Come tweet and Facebook with us about "The Young and the Restless," all the other soap operas, "Dirty Soap," "Glee" "Grey's Anatomy," "Vampire Diaries," and "Venice the Series!" 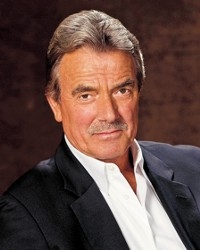 The National Women’s Show is offering a special Victor Newman VIP ticket to Eric’s fans for $50, which includes the price of admission to the entire show on Saturday November 12. Fans will need to arrive before 1.00 PM to pick up their ‘goodie’ bags and wrist bands at the VIP desk beside the main entrance. Those with VIP status will be moved to the front of the line for the autograph session and are guaranteed to meet Eric in person and receive a signed color photograph.

Visit The National Women’s Show to get your VIP ticket soon as there are a limited number available.

Eric Braeden (Victor Newman, “The Young and the Restless”) will be making an appearance at the National Women’s Show in Toronto Ontario on Saturday November 12. The event takes place at The Metro Toronto Convention Centre at 255 Front Street West. Eric will be on hand to sign autographs and do a Q&A session.

Soaps.com will update with appearance times as they become available, or check The Toronto Metro Convention Center. Will you be going out to see Eric in Toronto? Let us know by voting in the poll.

The Young And The Restless Spoiler Video: Chloe's Plans

The Young And The Restless Spoiler Video: Victor's Warning