Singer Katy Perry to Perform on Young and Restless! 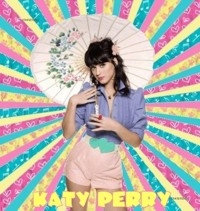 Soaps.com has news of yet another exciting guest star coming to The Young and the Restless! Pop-rock singer Katy Perry will be appearing as herself on the June 12th episode of our favorite daytime drama!

Katy Perry will be appearing in scenes at Restless Style where she will be posing for a photo shoot as a cover girl for an upcoming issue of Restless Style Magazine!

Katy grew up in Santa Barbara, California, the daughter of two pastors, and only sang in church until she discovered the music of the band Queen at age fifteen! By age nineteen, Katy was on her way, being touted as “the next big thing” by Blender Magazine in October 2004. Katy’s best known digitally-released songs include “Ur So Gay”, “Use Your Love”, and “Lost”. Her debut album, “One of the Boys” is due out June 17th, and will contain the single, “I Kissed a Girl”!

Soaps.com has heard some of Katy’s music and we are eagerly anticipating her guest spot on the show! Soaps.com readers can check out Katy Perry’s tunes on her MySpace Page! Enjoy!

Hogan Sheffer to Co-Write at Young...