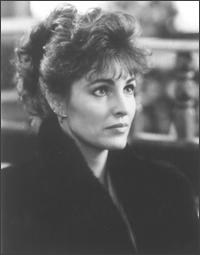 Soaps.com has learned that actress Cynthia Sikes has been tapped to fill the role left vacant when Finola Hughes pulled out of her deal with Y&R. The role of Zara, Sabrina’s (Raya Meddine) mother, begins taping on May 27th. Zara has a very complicated relationship with her daughter, and will arrive on the scene in Genoa City just in time for Sabrina’s planned nuptials – to mega-rich Victor Newman!

Cynthia Sikes is a seasoned actress who has had numerous television roles including such series as “Archie Bunker’s Place”, “Hart to Hart”, “Flamingo Road”, “St. Elsewhere”, “Magnum P.I.”, “L.A. Law”, “JAG”, and “Arliss”.

Cynthia was born in Coffeyville, Kansas in 1954, and is a former Miss Kansas, who competed in the 1972 Miss America Pageant (and was among the top ten finalists). She is a personal friend of Julia Roberts, who drew on her friend’s pageant history in her role as Erin Brockovich! Other than her experience in the nighttime drama world on “Falcon Crest”, this will mark Cynthia’s first foray into soaps.

Soaps.com welcomes Cynthia as she tackles the role of Zara on The Young and the Restless. We look forward to the fireworks between her and her outspoken daughter Sabrina! For more on the Finola Hughes incident, read our article in the News Room.

Hogan Sheffer to Co-Write at Young...