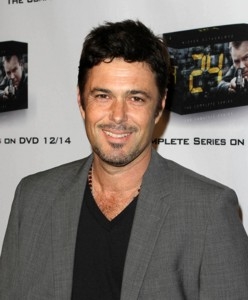 Actor Carlos Bernard, who once played Rafael Delgado on “The Young and the Restless,” is set to star opposite David Caruso on “CSI: Miami” according to TV Guide. Rafael was on “Y&R” back in 1999. He was step brother to Ashley (Eileen Davidson) and dated Victoria (then Heather Tom). Ashley rescued Rafael from Madrid, where he was involved in some intrigue concerning stolen paintings. Carlos did a stint on “Sunset Beach” in Daytime as well, but has since become well-established in Primetime, as he did a nine-year run as Tony Almeida on “24.”

Do you remember Rafael’s time in Genoa City? Let Soaps.com know by casting a vote in the snap poll below.

See what another former "Y&R" actor is up to through The Young And The Restless Alum Luke Kleintank On Bones. Join us on Twitter @soapoperafan and Facebook. Come tweet and Facebook with us about "The Young and the Restless," all the other soap operas, "Glee" "Grey's Anatomy," and "Vampire Diaries!"