Pamela Des Barres To The Young And The Restless 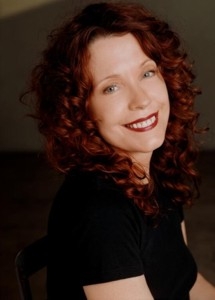 Pamela Des Barres, famous for her memoirs about being a rock ‘n’ roll groupie, has told her fans and friends on Facebook that she’s taping a guest appearance in Genoa City. Pamela, who is also a musician and who has had a few prior acting roles, posted, “Shooting my ‘former groupie’ role on “The Young & Restless” tomorrow! One of my lines is ‘For most of my life I’ve gotten to hang with the world’s greatest rock bands.’ Art imitates life imitating art that imitates life? Haha!”

Soaps.com welcomes Pamela to “Y&R.” Do you think Pamela’s character might turn out to be a groupie who slept with Tucker and gave birth to his son? Let us know by casting a vote below.

Read about another new role through Jessica Collins Cast As Avery Clark On The Young And The Restless. Join us on Twitter @soapoperafan and Facebook. Come tweet and Facebook with us about "The Young and the Restless," all the other soap operas, "Glee" "Grey's Anatomy," and "Vampire Diaries!"