Former The Young and the Restless Writer to Discuss Books! 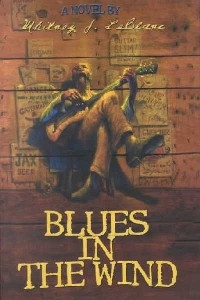 Here’s an interesting tidbit for Soaps.com readers who consider themselves to be Y&R trivia buffs: Whitney J.LeBlanc, who once wrote and directed episodes of The Young and the Restless, will be making two special appearances in Baton Rouge, Louisiana next week!

Mr. LeBlanc is an accomplished writer, director, producer and professor who grew up in Louisiana and currently lives in California. His name is associated with such television classics as “Benson”, “Good Times”, “227”, and “Marblehead Manor”. His daytime credits include work with The Young and the Restless and Generations.

Currently, Mr. LeBlanc is working on a trilogy of books based on the saga of a Creole family in Southern Louisiana. The planned appearances are tied to the discussion of the first two books in the trilogy, “Blues in the Wind” and “Shadows of the Blues”. His scheduled talks are both in East Baton Rouge Parish at the following libraries: Bakers Branch on May 13th, 2008, and Scotlandville Branch on May 14th, 2008. Each appearance will take place at 6:00 PM local time.

Sounds ‘dyn-o-mite’ to us here at Soaps.com! If you can possibly attend, it is sure to be an informative and entertaining evening! Here’s a challenge for those trivia buffs – see if you can find out which years, and/or which episodes, Whitney J. LeBlanc wrote and directed for Y&R!