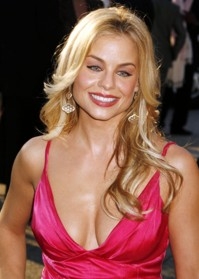 According to TV Guide, actress Jessica Collins, who once played Dinah Lee Mayberry on “Loving,” has been cast as new character, Avery Clark, on “The Young and the Restless.” Debuting July 27, Avery will be a high-powered attorney hired by Victor Newman (Eric Braeden) to represent Sharon Newman (Sharon Case).

Are you excited about Jessica Collins coming to “Y&R?” Let Soaps.com know by casting a vote in the snap poll below. Feel free to comment as well.

Read about the other actress joining "Y&R" through Jessica Heap Cast As Eden Baldwin On The Young And The Restless. Join us on Twitter @soapoperafan and Facebook. Come tweet and Facebook with us about "The Young and the Restless," all the other soap operas, "Glee" "Grey's Anatomy," and "Vampire Diaries!"