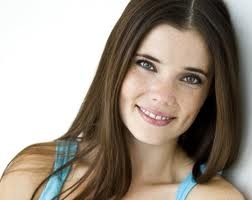 According to CBS Soaps In Depth, actress Jessica Heap has been cast in the role of Eden Baldwin, previously played by Vanessa Marano. Eden is the sister of Michael Baldwin (Christian LeBlanc) and the ex-girlfriend of Noah Newman (Kevin Schmidt). Tuesday June 28 is the first day Jessica will appear as Eden on the show. She previously had roles on “CSI: Miami,” “Battle: Los Angeles,” and “Saints and Sinners,” along with Sean Patrick Flannery (Sam).

Are you happy that Eden Baldwin is returning to Genoa City? Let Soaps.com know by casting a vote in the snap poll.

Read about The Young And The Restless Alum Vanessa Marano in ABC Family's Switched At Birth. Join us on Twitter @soapoperafan and Facebook. Come tweet and Facebook with us about "The Young and the Restless," all the other soap operas, "Glee" "Grey's Anatomy," and "Vampire Diaries!"