Read about Billy Miller's exit from Y&R. Join us on Twitter @soapoperafan and Facebook. Come tweet and Facebook with us about "The Young and the Restless," all the other soap operas, "Glee" "Grey's Anatomy," and "Vampire Diaries!" 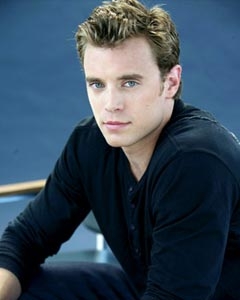 According to CBS Soaps In Depth, actor Billy Miller (Billy Abbott, “The Young and the Restless”) gave a very authentic performance while taping a scene recently on set. Although there were no details provided on the nature of the scene, it seems Billy shattered his knuckle and broke his hand. The actor is doing fine and is recovering nicely.

Do you think Billy’s injury should be written into his storyline? Let Soaps.com know by casting a vote in the poll below.

The Young And The Restless Video Promo: Lily Sees Cane