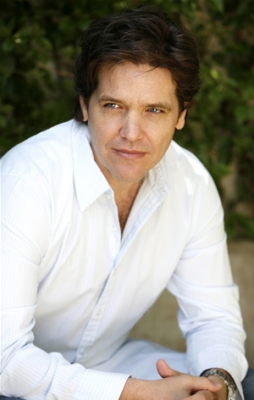 Soaps.com has learned that actor/entertainer Michael Damian will reprise his role as Danny Romalotti on The Young and the Restless beginning March 20th, 2008! Danny, of course, is Phyllis’s (Michelle Stafford) ex-husband and also the man who raised Daniel (Michael Graziadei) as his own (Daniel’s real biological father turned out to be Brian Hamilton). Danny also has sister Gina (Patty Weaver) in town, as well as former stepmother Katherine Chancellor, who was married to Danny and Gina’s father, Rex Sterling (Quinn K. Redeker).

Michael has kept busy outside of the daytime world, not only touring and performing concerts, but also acting. His recently released on DVD film, “Moondance Alexander”, co-starring Don Johnson, Kay Panabaker , and Lori Loughlin, has been winning film festival awards consistently. In fact, Michael is set to appear at the BAMKids Film Festival in Brooklyn on March 8th and 9th in support of “Moondance Alexander” which will be screened on Sunday, March 9th.

Michael previously enjoyed an eighteen-year run on The Young and the Restless. He successfully was able to combine that career with his musical pursuits, often performing on the show, and even wound up making the leap into theatre where he played the lead role in Joseph and the Technicolor Dreamcoat, which set records and earned Michael a Grammy nomination! Over the years, Damian has released 5 albums and garnered 8 Top 40 hits! He has even tried his hand at producing and directing, joining his wife, Janeen, in forming Riviera Films and going on to produce “Finders Keepers,” which Michael directed. He is also billed as Producer/Writer/Director on “Moondance Alexander”.

Soaps.com is thrilled to hear the news that Michael has found time to rejoin Y&R! We can’t wait to see what’s in store for Danny and his family and friends!