Soaps.com’s Exclusive Exit Interview With The Young And The Restless’ Emily O’Brien 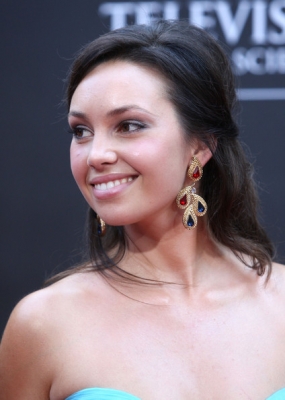 Just hours after Soaps.com’s recent interview with The Young and the Restless star Emily O’Brien, the soap opera community was shocked with the stunning announcement that Emily had been let go by the show. In this exclusive new chat with Soaps.com, Emily reveals why she’s been let go, her true feelings about her release, offers a heartfelt message to “Y&R” viewers, and so much more!

Soaps.com: When did you first learn you were being let go from “The Young and the Restless?” Walk us through that day.

Emily: I think it was the beginning of March, on the fourth. I was on a run and my manager called me to say I was let go. There were a hundred things running through my head. If someone could have taken a photograph of me, I would have looked like I had just been electrocuted. I was thinking all these things. How am I going to say goodbye to this incredible role? Then I started thinking this is a good time now, because I’m 25, and still consider myself young. Now, I can actually explore and this is a new chapter in my life. Every good thing comes to an end. “Goodbye” is something that everyone in our business needs to get used to. It’s a major word that we need to get used to saying again and again. I accepted it, I had a cry, and then I moved on. I know there are other things waiting for me.

Soaps.com: What reason did the show give you for letting you go? Was it storyline related?

Emily: They said that they’re trying to get back to the core families. I think it had something to do with the ratings, and I understand that. I think I’m one of the few or only characters who’s not affiliated with one of the main families. I lasted for five years, so that in itself is great.

Soaps.com: Despite already knowing the show had let you go, you didn’t reveal it during our chat a few days ago. Did the show ask you to keep things quiet about your release?

Emily: It was just a personal choice. I didn’t know if anyone really knew, but it seems that a lot of people are now beginning to hear the news.

Soaps.com: You’ve spent the greater part of the last five years with the show. What are your thoughts, personally, on being let go from “Y&R?”

Emily: I’m not taking it personally. The show assured me that this had nothing to do with my performance, which was very sweet. I feel good about my work. I feel like I’ve played this character in every possible aspect. I feel like I’ve explored the hell out of her. I’m not even sure where they’d be able to take this character at this point. It’s her time to go, and I get that. The hardest thing for me is saying goodbye to everybody. We’ve created a family and have become very close. Out of everything, the most difficult goodbye for me is saying goodbye to Jana. She’s the closest thing to me and I’ve enjoyed playing her so much. She’s such a unique character. I’ve played a villain, a nanny, a wife and a girlfriend. I feel satisfied. I’m leaving full and enriched.

Soaps.com: What do you think about Genoa City losing the Jana Hawkes character?

Soaps.com: Any teasers about the way Jana makes her exit?

Emily: Nope, I won’t mention anything there. You’ll have to watch and see. [chuckles]

Emily: My last taping date is March 31. I'm not sure on my last air date, but I know that there's a lot of material.

Soaps.com: You've had a terrific run with "The Young and the Restless." What's your favorite Jana storyline?

Emily: [pauses] I really like the time period where Jana just married Kevin. We got into this stage of being very frivolous and mischievous. There was this time where I was trying to call onto ghosts, and we break into this house, and it's so sexy. We were making out with each other in this house and it was just really fun. We were a crazy, off-beat couple and didn't care what anyone thought about us. Kevin would have these fantasies and we got to dress up like we were in the fifties, and another one where Jana was in a goth dress. They were young and passionate about each other, and I think that was the best time.

Soaps.com: Your fans are devastated and will undoubtedly lobby CBS for your return. What would you like to say to your fans during this difficult time?

Emily: The fans are the reason that I stayed on the show for five years. The fans have a lot to do with the character and the ratings. I'm eternally grateful for them because they have been a major part of my experience on the show. Because of them, I got to stay on and work. The fans have everything to do with it. If nobody's watching, what are we? I owe a lot of my gratitude and a lot of my memories to the fans. All I can say is "thank you."

Soaps.com: It may be too soon to ask, but what does the future hold for you?

Emily: So many things. I'm seriously thinking about New York City. I want to go out there maybe temporarily, do a show, and head back [to LA]. I'd love to do some film, that's something I haven't really had a chance to do. New York is really the major thing that's on my mind. If Broadway is around the corner, then I would be ecstatic and do what I can to make it happen. For now, I've been going out a lot and getting good feedback. Fingers crossed, we'll see. I have a long list of things I want to do in my lifetime, one of them is to open up a restaurant. I went to culinary school. That's something I definitely want to do that's not acting related.

Soaps.com: Would you be open to a return to "Y&R?"

Emily: [pauses] It depends on the storyline and what direction the character would be going, or if they want to bring me back as someone else. I don't know. I'd have to see how far away that would be and what I'm doing at the time, where I am, and what my feelings are. But of course I'd love to go back and work with the "Y&R." Everyone's great.

Soaps.com: How about a role on a different soap? Is that a possibility?

Emily: Perhaps, I'm not really sure. I'd really like to try something different, something completely different. For now, I don't know if that's something I would do.

Young And The Restless' Emily...